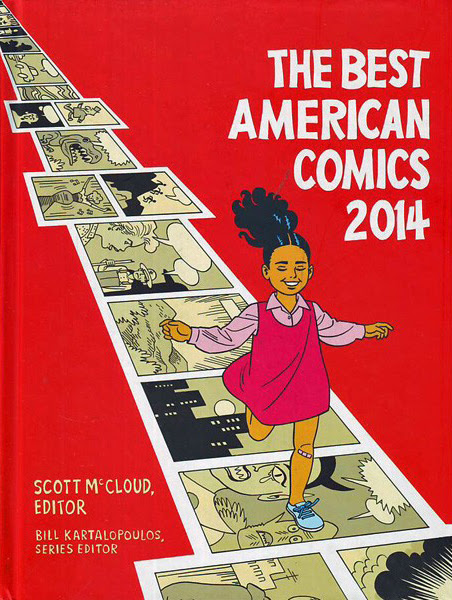 The 2014 edition of "Best American Comics" has just been released. I'd seen some pre-release chatter but had somewhat discounted it, because this year's edition is edited by Scott McCloud and he's well-connected enough in the comics community that whatever he does is going to be considered news.

But today's Bliss struck me in a particular way that set me up for Michael Cavna's interview with McCloud, and particularly for this:


I think as we age, it’s very easy for us to settle into a particular set of aesthetic criteria that allow us to just shrug off anything genuinely new. Like with music. In college, your roommate is blasting it; they’re playing it in the coffee shops and what not. You can’t get away from that stuff. But then you get control over your own musical environment. And the truth is that with any song or comic that you’re going to learn to love — it takes a few listens or views to power up. On the first viewing, on the first listen, you don’t necessarily get the breadth of what’s going on there. You’ve got to come back and come back. So I try to be diligent. and dive back in again.

Thing is, I have been flailing a bit since Kenosha, which, while I continued to blog and was certainly engaged in the world of cartoons the whole time, still created a break in the action after which I came home to a sort of same-old same-old feeling that, even with the number and variety of comics I go through each morning, I wasn't seeing anything new.

Harry Bliss's gag made me feel that it was okay to be out of the loop on stuff I genuinely don't care about but can't seem to avoid, like "Fashion Week" or who's competing in "Dancing with the Stars" or the latest dumbass Facebook quiz.

Someone posted a quiz the other day that promised to tell you what your "old person name" was, and I replied, "I've already got one."

And there are types of comics that I will never like, not because I'm an old fart but because they are things I have looked at and considered and digested and don't like.

Russian author Ivan Goncharov struck gold in 1859 with his novel "Oblomov," the story of a directionless man so lacking in ambition that he stays in bed for much of the story. The novel not only sparked a national discussion but created a term, "oblomovshchina" for this indolence and the harm it was doing to Russia.

But Goncharov was not embracing oblomovshchina or declaring it inevitable: He provided his antihero with a dynamic friend and a wonderfully energetic girlfriend who worked to rouse Oblomov from his torpor, as well as a lazy servant who failed to serve and estate managers who openly cheated him, knowing he hadn't the energy to challenge their thievery.

Depicting someone who feels life has no meaning requires that you believe it does. Otherwise, you're just producing graphic emo.

2. In the early days of our adulthood, we all have annoying roommates and romantic problems. The trick is to make it universal and somehow significant. That's a damn hard trick.

Try taking them all to a bullfight in Pamplona, only not that because not only has it been done already, but it requires most of your characters -- and certainly you -- to be veterans of a horrific war that wiped out half a generation and more than half of their dreams and illusions.

Otherwise, speaking of things that have been done already ... 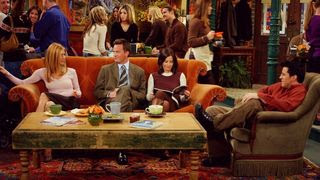 3. I don't like being fooled into attending lectures that have been disguised as comics. I like documentary comics, and even pointed to Victor Ndula's piece on the Kakuma refugee camp just yesterday. I also really like "War is Boring," a collaboration of Matt Bors and David Axe, and I greatly admire the work of Joe Sacco.

That's not the same thing as drawing pictures of someone delivering a lecture, and there are some emerging non-fiction books out there that are to comics as "Sunrise Semester" was to television.

So I just ordered "Best American Comics" and, while I don't expect to like everything in it, I do expect to find a lot to freshen my perspectives.

I can't completely recommend it until I have actually seen it, but I can recommend you keep your powder dry and your perspective up to date. I'd be a little surprised if this volume didn't help you do that.

Yes, it's a niche, but it's a really good niche

Today's Alex made me laugh, but maybe it's only funny if you've spent a lot of time at conventions. Alex is squarely aimed at the business class in a way that Dilbert and On the Fastrack are not.

Those strips are really intended for "people with bad bosses" and get their most intense following from a spot fairly low in the food chain. That's a perfectly acceptable and profitable demographic, but the middle-management crowd Alex targets is one that newspapers in this country would do well to consider.

We talk a lot about how only "old people" buy newspapers, but I can't tell you how many 30- and 40-something people in suits have said to me, "It's getting to be a really fast read," of a paper that would rather run yet more wire copy about the latest Brittany/Miley interchangeable pop-tart than a story about a local economic issue.

Anyway, Alex nailed this one: Most of my memories of attending conventions are of conversations in the hospitality suite after hours or in the vendor alley between sessions. Certainly, 99 percent of the business I ever generated at a convention happened when I wasn't at a breakout session, and sometimes because I had purposely skipped one to talk about something that mattered instead.

And the people who laughed at this have advertising money to spend. Just sayin'

(Bizarro)
If you're going to plant an earworm, make it a good one.

tushar soni said...
This comment has been removed by a blog administrator.
7:04 AM