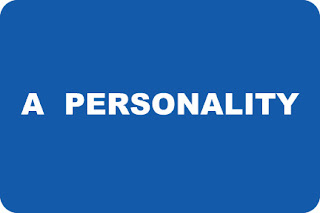 What does it take to get on Jeopardy?

(This piece ran June 7, 1989, in the Press-Republican, Plattsburgh, NY. Perhaps obviously, the people named in the opening paragraphs were on the news team at WPTZ, which was our chief rival in the market as well as the station on which Jeopardy aired.)

Okay, maybe not Rob Michalak. But I could be on "Jeopardy!"

There were 77 of us, Tuesday morning, lined up at the Howard Johnson's, preparing to participate in the "Jeopardy!" contestant search. First thing I found out was that, since I know so many people at WPTZ, I was probably going to be ineligible anyway. They had a blank on the registration form that asked if you knew anyone at the production company, one of the networks or any of their affiliates.

Then there was a blank asking who you knew and how you knew them. There wasn't any blank asking whether you liked them, but they did ask where you worked and what you did, which should answer the question.

Newspaper people are not traditionally fond of broadcast people. We're jealous of their personalities.

There were a few familiar faces in the line, like Bob Shimko.

Shimko is finance director for the Municipal Lighting Department, which might have been an edge, except that WPTZ moved out of the city some years ago.

Shimko couldn't threaten to pull the plug on them: He was going to have to make it on brains and personality, like the rest of us.

Sue Cook was up from Ticonderoga. She has made it into the finals of the Press-Republican Cook-Off for the past two years, but there was only one question about cooking on the written quiz.

Oh well, she said, it was a nice shopping trip anyway.

The written quiz is the first hurdle — 50 questions, read by Alex Trebek on videotape while the traditional slide was shown on the monitors. We had 10 seconds to answer each question, and we didn't have to phrase our answers in the form of a question.

Answering 50 questions in a little over eight minutes was quite enough, thanks.

While we waited for our tests to be graded, they showed us an old episode of "Jeopardy!' This was not a room for those people who stumble, whimper and alibi their way through Trivial Pursuit.

The crowd of would-be contestants was calling out the questions before Alex had the third word of the answer out of his mouth.

"Double Jeopardy!" was about half over when Susanne Thurber and Ingrid Hirstin-Woodson, the contestant team, came back with the corrected tests and sent 69 people home.

According to Hirstin-Woodson, you need to answer approximately 70 percent of the questions on the written test correctly to make it to the next plateau.

The next plateau was the simulated game, where they would see who among us was fast on the bell, verbally adept under pressure and had a personality.

Susanne and Ingrid told us to pretend we were on the air, show a little energy and to speak up, but not to feel compelled to jump up and down and burble. This isn't "Let's Make A Deal" or "Win, Lose or Draw," after all.

No danger of burbling. It was hard enough just ringing in on time. The trick is, you can't ring in until the entire answer has been read. Then, the first person in gets to ask the question, score the points, be on television, win prizes, become famous and escape for one shining moment the tedious obscurity of his own wretched existence.

Pressure? Not a bit of it.

I got one question right, but Ingrid cautioned me to show more energy. I showed more energy on the next one I rang in on.

Dan Milkman and Bruce Daitz had the right combination of brains, dexterity and personality. With any luck, they will be appearing on television sometime next season, together with Lisa Guay, Laurie Kunkel and Joseph Laboda, who qualified from a field of 72 in the afternoon session, and whoever Susanne and Ingrid turn up in Burlington and Montreal this week.

The team processes 15,000 contest hopefuls every season, both in talent searches around the country and at the Los Angeles production offices, looking for about 475 contestants.

It helps if you have a pleasing personality.
Posted by Mike at 5:17 PM 2 comments: Links to this post