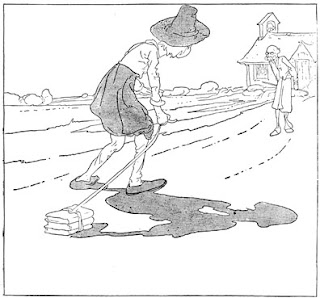 A Classic Case of Boredom
(Children's author and middle-school ELA teacher Kate Messner has written a brilliant column on summer reading lists that is a must-read, and inspired me to dig up this column, written for the Press-Republican of February 3, 1989 and copyrighted by them.)

Nobody reads the classics anymore, and I'm not surprised. Nobody ever did.

Oh. they talk a good game, but, when it comes down to genuine cultural literacy, most of those back-to-basics types are blowing a lot of smoke and flashing a lot of mirrors.

An article in this paper, discussing the Board of Regents's plans to revamp social studies, decried the lack of reading among our young people.

"Reading books like The Three Musketeers or Kipling's Gunga Din is an easy way to sneak in history lessons," the article concluded, neatly deleting the quotation marks around titles, which are required by our style book. It also neatly deleted the fact that, aside from whether or not we want our children taking Kipling's imperialistic bombast as history, "Gunga Din" isn't a book. It's a poem.

It's not even a terribly long poem; only 84 lines. That's probably just as well, because it isn't a terribly good poem, either. There's nobody blowing a trumpet on a temple roof with his dying breath. That was Sam Jaffe, saving Cary Grant and Douglas Fairbanks Jr. and someone else wonderfully dashing whom I've forgotten. Gary Cooper or somebody.

Anyway, it isn't in Kipling's poem, which is about an Indian waterbearer who drags a soldier to safety under fire and how amazing it is that non-English people can be heroic, too. "An' for all 'is dirty ide, 'E was white, clear white, inside," the poet marvels, in that impenetrable dialect, that made Kipling's doggerel so popular among those who only heard real dialect from their servants.

Anyway, "Gunga Din" is a poem, not a book, and we shouldn't chide our children for not reading the things we haven't read either.

There are a lot of great books nobody has ever really managed to get through. The proof is in the location of their most famous scenes. Every famous scene of every great book occurs in the first few pages, except the death of Achilles in "The Iliad," which doesn't actually occur at all in "The Iliad."

Every other famous scene, you will find the first time you sit down with the book, because there is never a second time.

Whatever happens in the final 75 percent of a great book is known only to the author and the author's mother. No one else has ever made it past the beginning.

"Don Quixote," in the Penguin edition, is 940 pages long. He tilts with the windmills on page 68.

There are 803 pages in the Everyman's Library edition of Sir Thomas Malory's "Morte D'Arthur." Young Arthur pulls the sword out of the stone on page 11.

"Uncle Tom's Cabin" is 244 pages long. Eliza races across the river, jumping from ice cake to ice cake, on page 30, and that's pretty much it for Eliza, who is only a minor character in the book.

Well, the Norton Critical Edition of "War and Peace" is 1,351 pages long. Boris and Natasha kiss on page 45. By page 251, she confesses that she can't remember what he looks like and isn't going to bother writing to him after all. What do you expect? She's only 13 years old when the book opens, and won't marry until she is 20.

Some readers are voracious and will read anything — cereal boxes, Harlequin romances, even the Speak Out column. A few of them have read some of the great books. They read because it is fun, because they enjoy it and because they are compulsive information addicts. But they are, and have always been, a minority.

Some of the rest might become readers, but the quickest way to stifle a young reader is to throw all those tired old warhorses at him, like "Huckleberry Finn," which was never intended for children anyway or "Treasure Island," which is far too full of chat and too short of action.

Why not give them some quality books that someone might really want to read, like "the Chronicles of Narnia" or the Little House books?

I read "Animal Farm" when I was about 9, because I thought it was about animals, and it was, sort of. I enjoyed it. I enjoyed it a whole lot more than Treasure-bloody-Island, which I couldn't get through to save my life.

If you want kids to read, read to them when they are young and then make books available to them.

But don't shove a "great" book down a kid's throat just because somebody shoved it down yours.

And, by the way, if you want to appear culturally literate, don't go around letting people know you think that "Gunga Din" is a book.
Posted by Mike at 1:44 PM

Although I've often thought that we might improve education and perhaps cut some costs by using good* books/poetry/etc. out of the Gutenberg Project and other low cost online libraries. [i.e. Baen]

* - Of course, the obvious qualifier is to find "good" books and not "great" books.

Most excellent and amusing. The "great book" I could barely get through was "The Old Man and the Sea" (ironic, given how big a role Cuba has come to play in my life). I had to write an essay on how the old man and his struggle were metaphors for the life of Christ. By the time I was done the essay I was up to my eyeballs with both of them.

One of the two greatest things my Dad ever did for me as concerns reading was to let me love it. He did so by reading aloud, by encouraging my interest in science fiction (even though he didn't care for the genre), and by taking me to bookstores with wonderful-smelling used book sections in their basements.

The other thing was teaching me how to find plot synopses in the library for use whenever I had to do a report on a book somebody else determined that I Had To Read Or Else.

Just started reading your blog. Think I'll keep it up. Thanks for sharing. ...... Dick Allen

I read Huckleberry Finn in about the tenth grade. It was wonderful. Not sure how it made it into your list. I agree about everything Dickens wrote, though. Maybe a slightly different take on your recommendation--let kids select from a group of books (my step-brother LOVED Dickens).
Sherwood's plot synopsis suggestion is good, too. I missed that with my kids, but I can still use it for the grandkids.