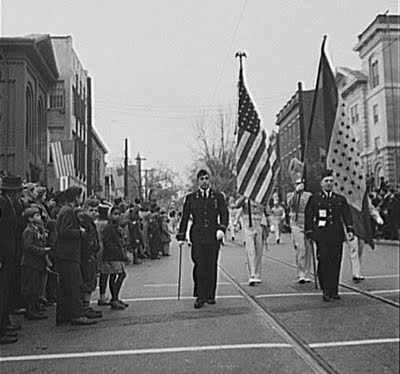 In our village, we stopped for things that mattered
(This column originally appeared in the Press-Republican, Plattsburgh, NY,
November 17, 1996)

Bill Clinton won re-election just as Mel Gibson got into a machine-gun fight in the middle of the highway with Gary Busey.

The programs normally seen at this time were not cancelled so that we could bring you coverage of the national elections except on the three major networks, PBS and CNN. So while those few channels carried election coverage, WPIX had “Lethal Weapon,” Nickelodeon had “The Addams Family” and “The Munsters,” and the Discovery Channel had ''Animal Cannibals.”

Comedy Central, it should be noted, did go to special programming, making fun of the electoral process throughout the evening. At least they acknowledged that something was going on.

I took particular notice because, on the way home from work that night, I had heard a clip of a comedian on NPR reminiscing about the days when there were only the three network stations, and when the President was on one channel, he was on all three channels, so all the kids moaned, “Oh no! The President is on! Now we're gonna miss 'Flipper'!”

The kids don't miss ''Flipper'' anymore. In the multi-ring circus of cable television, there is no reason to be bored and absolutely no requirement to be well-informed; Just flick past the news programs until you find some brain candy.

I don't want to lie to the younger generation: We did NOT cuddle up on the couch with Mom and Dad and watch the election returns come in. We moaned that our favorite TV shows weren't going to be on, and then we went up to our rooms and read or listened to music, and, the next morning, somebody told us who was going to be President.

But, while we didn't watch the coverage, we knew it was important, because the whole nation had come to a halt for the evening. Somewhere in the back of our minds, we got the message that, when we were older and more mature, when we weren't little children anymore, it would matter to us.

It was not the only time we got the message that something was important.

For example, while not everyone went to church Sundays, it was still a day when nothing much happened. Families might go for a drive, or you might watch sports on TV, or play in the neighborhood, but most stores were closed, and things were pretty quiet. Sunday was when you spent time with family or with friends, and, apparently, that mattered to the community, because everything shut down to let it happen.

We talk a lot these days about whole villages raising children, but there hasn't been a village for decades. Do you want to see a village? Go to the microfilm and look for the Press-Republican from September 24, 1946.

You won't find it, because the whole community had been out at the Plattsburgh Barracks the day before, thanking our veterans for their sacrifices during World War II, and there was nobody back at the shop to print the next day's paper. So we just didn't have one.

Stores were closed, area schools were dismissed, and the only people working in local industries were skeleton crews at places that couldn't be completely shut down. Banks and government offices were required to be open, but they were apologetic about having to mar the local holiday.

It was important to the community, and so the community shut down to concentrate on what mattered. They didn't do it to send a message because it never occurred to them. This region made up our “village,” and we already knew what we all cared about.

Today it's hard to tell what anybody really cares about. Thanksgiving and Christmas are about the only days that the village shuts down. Most of the other holidays have been converted to three-day sale events.

And even if we were to agree on something that mattered to the North Country, we would never again be able to declare a local holiday because we don't own our stores, we don't own our factories, we don't own our media, and the decision to shut down would have to be made far away in the Land of the Beancounters, where villages are considered small and inefficient.

You sometimes hear people talk of having lost control of our children, but we've lost far more than that.

We've lost control of our communities, we've lost any chance of ever becoming a village again. We traded away our village for Sunday shopping, three-day weekends and a whole mess of cable channels. 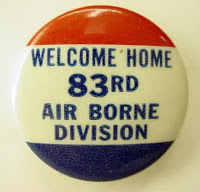 Remembrance Day is about the only day left that we "stop for" anymore here in NB. (Well, Christmas and Boxing day are also pretty sacrosanct - here in NB - perhaps unique across Canada now? - the Boxing Day sales don't start until December 27.) Only gas stations and some convenience stores are exempt. All the chains shut down.

I remember a few years ago when the Chapters first came to town (national big-box book chain - think Barnes & Noble, I guess). They opened on Remembrance Day that year. They were quite happy to eat the fine for breaching the provincial legislation - cost of doing business - what they weren't anticipating was the public antipathy to the move.